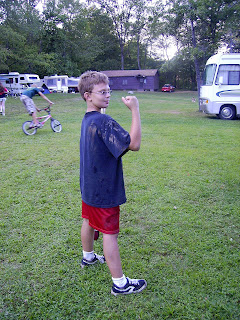 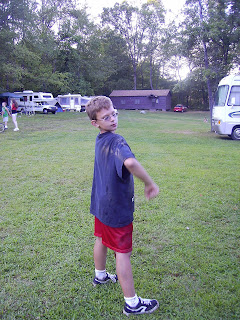 "Reports of my death have been greatly exaggerated...!" Mark Twain penned that quote originally, but now, Andrew can apply it to himself when he tells his story of this past weekend:

Seneca Hills is a Christian campground near us, and it has come to mean a lot to us over the years. There is a family camp every Memorial Day and Labor Day that we attend, and our kids go there for a week each summer for the kids' summer camp.

This past weekend, we were there as usual over Labor Day. Yesterday (Sunday), just before supper, Andrew and several other kids took off on their bikes on a trail near the creek when Andrew took a pretty nasty wipe-out and found himself at the bottom of a rocky hill near the creek pretty banged up and more than a little scared. His walkie-talkie took a beating too, so he could not get a hold of us, so he sent one of the younger kids back to get help. Being a typical 7-year-old, this child wasn't clear with what had happened, but we finally got the message that Andrew was hurt and we needed to go check it out. So Dave and Homer (our friend) headed out to find Andrew.

Although we are in a modern world of technology and communication, the story still got mangled pretty badly, and between kids trying to help, walkie-talkies, and parents who fear the worst, Andrew was in a ravine with a twisted elbow and a broken leg with a bone protruding through the flesh by the time I got the message. I held it together long enough to run and get help and then proceeded to go into a 10-minute meltdown while I could, since I was away from both kids. I knew I would get it together for them when I needed to...but right then, it hit me pretty hard, and I had visions of my child in agony with mangled body parts. I did calm down, and within about ten minutes, I finally got the accurate message that not only was it not as bad as I thought, but Andrew was up and walking and moving around pretty good, and we probably wouldn't even have to go to the hospital. He had banged up his elbow, knee, and back, but no broken bones, major twists or even any major bruises.

Unfortunately, my meltdown happened near the dining hall in the middle of supper, and while I am forever grateful for the people who showed concern and rallied around me, it didn't help the rumor mill any. Small camp...everyone knows everyone...news travels fast...too fast. Andrew was probably close to death by the time some people heard anything, so we've been calling it his "near-death experience." In fact, later than evening, a friend was riding by on his bike and saw Andrew--and with a wry grin said, "I heard you died...!"

As you can see in the picture, his parents were probably much more worse-for-the-wear than he was, especially mentally. He had more dirt than scrapes, and he'll probably have a nasty bruise on his back to show off, but that's it. We decided not to go to the hospital--too much hassle when my motherly instinct was telling me he'd be just fine (where was that instinct when I first got the message that he'd been hurt pretty badly??). Sure enough, he was chasing bottles from a bottle-rocket launcher (that another camper had made and brought) less than half an hour after eating some supper.

We did tell Andrew that he and Seneca don't seem to be getting along lately. Many of you may remember the huge goose egg he got over Memorial Day when his head collided with a tennis racket moving at full speed. He came home from his week during the summer with a sore throat that turned out to be strep. And now this...! We're starting to think we better leave him home next year. :::chuckle:::

I praise God that He chose this particular ending to this incident, and it is definitely something we can laugh at now. I actually look forward to scrapbooking these moments as they show such a unique but real part of life.

I will say that even in the middle of when I thought I would be spending the next weeks dealing with a badly and painfully injured child, I knew...I truly KNEW...God would be there with me through it all. I knew my friends would be there, and I knew my savior would be closer than ever. What a blessing in the midst of chaos, confusion, and the agony of the unknown!

If any of you have followed any of the interviews Steven Curtis Chapman has been giving lately, you know some of the events that day. The things that have touched me the most have revolved around the family's incredible love and support of Will Franklin, the son who was driving the vehicle that killed little Maria. One of the events that day involved Will's older brother Caleb holding him down, hugging him, and praying for him. In the midst of all of that, Caleb admits to crying out in his own heart, "Why? Why is this happening? God, why are You allowing this?" But he also realized that although he was hurting, confused, and even angry, the fact that he was reaching out to God proved the existance and very real presence of his heavenly Father.

I have a few experiences in my life where on a MUCH smaller scale, I understand what Caleb meant. In the midst of pain and confusion, I find myself crying out to God right away. I don't understand what's going on, and I'm scared, hurt, and maybe even angry, but my God is big enough to handle all that. Not only is He big enough, but He holds me close and carries me through it. He's there. It's that simple.

My 10-minute meltdown was actually almost freeing because it gave me a chance to bring myself before my God and say, "Help! I can't do this...please help." And I knew he would. Whatever lay ahead, I knew He would.
at September 01, 2008

Loved your blog entry! I am so glad Andrew is OK!!! It's always something when you have kids!! LOL You never really realize how much they are a part of your heart until something like that happens. Maybe for Memorial Day, you should take some "bubble wrap" for him...and wrap him up! Have a great week!
--Debbie 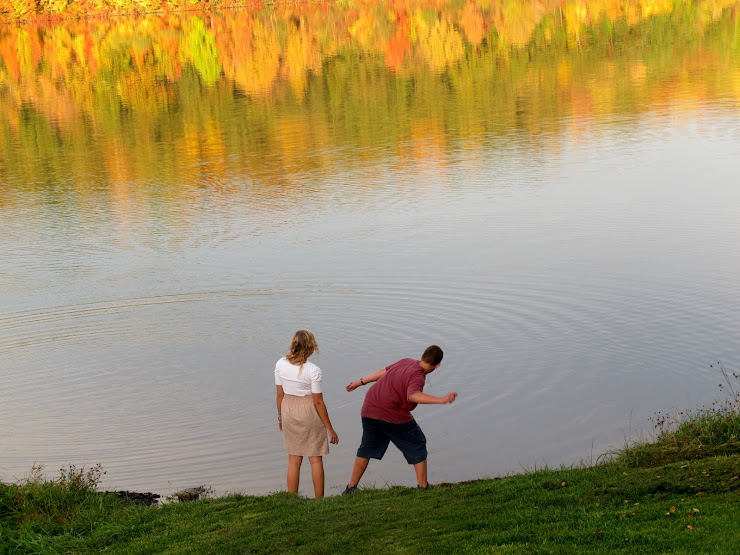 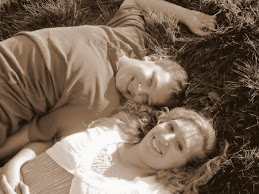 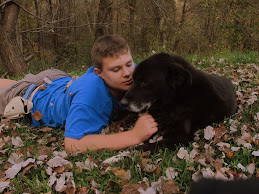 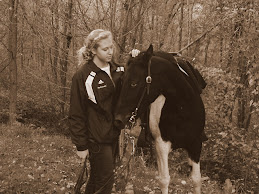 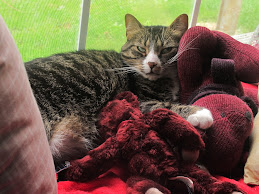